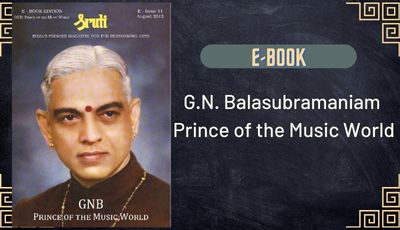 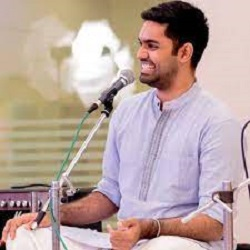 The pallavi was composed by R.K. Shriramkumar, in tribute to vidwan K.V. Narayanaswamy (KVN), during his centenary year. Suswara sangeetaananda pradam, sukhadam, smaramyaham Narayanam, the lyrics of the pallavi, set to khanda Triputa tala, was a fitting description of KVN as a musician.

Ashwath’s concert that evening was unhurried, melodious and crisp, with all the emotive passages in place, balanced with good imagination and rhythm. He proved to be a worthy student of KVN by embodying his guru’s musical values. His niraval, viruttam and swarakalpanas were both imaginative and measured. Charulatha Ramanujam on the violin, B.C. Manjunath on the mridangam and Perukkavu Sudheer on the ghatam all added to the flourish of the concert. If at all, one felt that he could have limited the Sankarabharanam and the rest of the pre-pallavi bits to be able to devote more time to the Poorvikalyani ragam-tanam-pallavi with such beautiful lyrics. 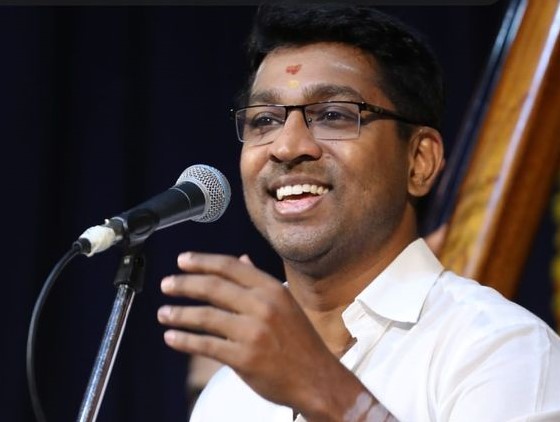 Armed with a doctorate in Economics, Ramprasad has chosen to be a Carnatic vocalist based out of Chennai, after his various stints abroad. With a lineage that he can be proud of, Ramprasad has the advantage of having listened to past masters. He is blessed with a good voice, imagination and, of course, good sense of tala.

Ramprasad sang Raju Vedale in Todi, Sree Mathrubhootham in Kannada, Maa Ramanan in Hindolam, Sharanara sura bhoja in Poorvi Kalyani, a Dasar pada tuned by himself (incidentally he is a good tunesmith), Ema Ninne in Mukhari and Haridasulu Vedale in Yamuna Kalyani.

The strength of his singing comes from his ability to sing very good niravals. The sancharis are creative, they follow the tradition of old-style niraval singing, a feature that he has honed skilfully over time. However, niravals could be limited to a few songs, thus helping the spacing out of the concert to fit effectively in small and large ones. His swara kalpanas follow sarva laghu, with a plan and arithmetic, but without the unwanted intensity of the same. Ema Ninne in Mukhari, a Subbaraya Sastry masterpiece, was given its full grandeur and handled with great sensitivity.

Ably accompanied by M.R. Gopinath on the violin, J Vaidyanathan on the mridangam and S.V. Ramani on the ghatam, the concert was a fulfilling experience.